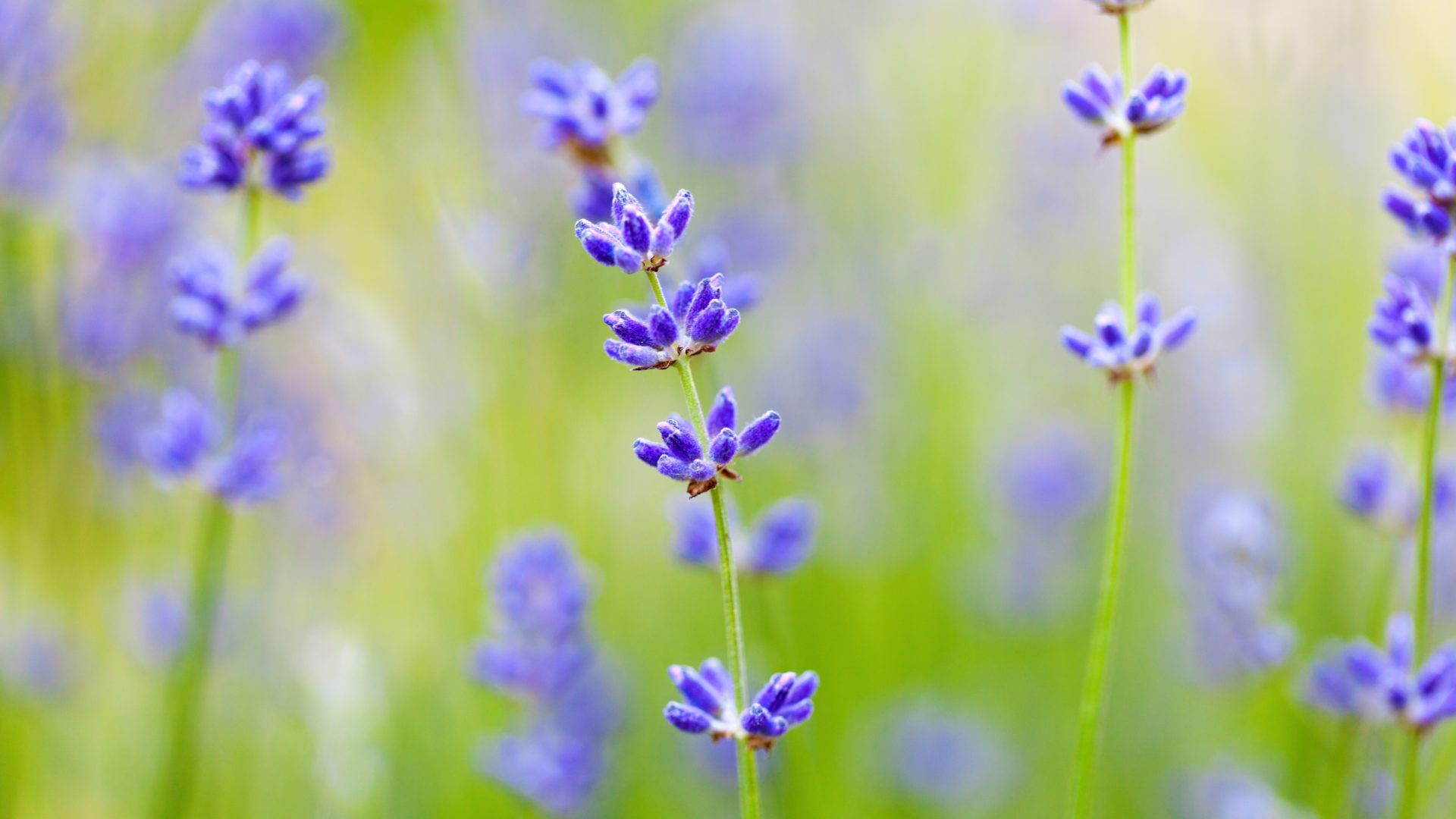 The following article provides Quarterly Market Commentary for the second quarter of 2021. This information is from FE Research. 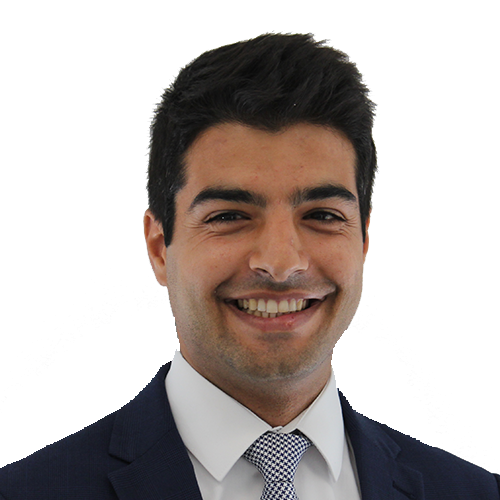 Review of the past quarter

The start of the year saw equity markets continue to rise as Covid-19 vaccination programmes brought hopes of swift economic recovery. UK equities had a particularly strong start to 2021 as the Brexit trade agreement removed some of the uncertainty that has caused the UK to lag other developed markets recently. The emergence of more infectious variants of the coronavirus and faltering vaccination programmes have caused some volatility but equities have generally performed well.

In contrast, government bonds have fallen in value steadily, pushing their yields up. This was driven initially by expectations of swifter economic recovery and then by concern that inflation would further erode the very low nominal returns currently on offer. Corporate bonds have also seen their values fall steadily over the quarter, although yields on fixed income remain at historically very low levels.

The strength of sterling over the last three months has reduced the value of overseas investments and, in sterling terms, the UK has been the best performing asset class. Highly-valued technology stocks have seen some selling in recent months. This has been offset by better performance from smaller and mid-sized companies, as well as value stocks continuing to rise. The relative strength of sterling has seen Japan and emerging markets underperform for UK investors, despite the regions continuing to benefit from low rates of Covid-19 infections.

The roll-out of vaccination programmes has helped stabilise the global economic outlook; however, the scale of the task ahead, the need to keep restrictions in place for an extended time, and the potential emergence of new, more infectious, strains of the coronavirus mean the story is far from over.

UK equities have recovered some of the ground lost in 2020 and the improved outlook versus other developed market equities, the US in particular, means the allocations in many portfolios have shifted in that direction. To accommodate the increase in UK equities the allocations to global equities and to UK gilts have been reduced in some portfolios. Gilts have been falling in value recently, although this change is less to do with concerns about gilt values and more to do with the improving outlook for economic growth in the UK. Any changes to allocations have been modest. The outlook for property has also picked up but the improvement is modest and long term, and property should still be seen as depressed and risky in the short term.

WHAT TO LOOK FOR IN THE NEXT QUARTER:

Most Likely: A successful vaccination programme in the UK and reduced restrictions should sustain the relative prospects of the UK versus other equity markets. After strong appreciation in Q1, we could see UK sterling stabilise as markets have factored in the Brexit deal and vaccination roll-out. This should help smaller companies outperform, although large caps would also be supported by better global conditions
and a more stable UK sterling.

Worst Case: A sharp rise in inflation may prompt interest rate hikes as central banks become more hawkish – which could prove painful for equities as a whole. A stronger US dollar could negatively impact
commodity prices, which would prove a headwind for UK large cap equities. Any slowdown in vaccinations or new vaccine-resistant mutations could lead to tighter or longer national restrictions, hampering growth and causing small and mid caps to underperform.

Best Case: A swift reopening could see in a big increase in consumer spending and faster growth would be favourable to small and mid caps. The release of pent-up demand could also help protect jobs when
furlough is rolled back. With the end of Brexit uncertainty, this could see even stronger inflows and pick-up in mergers and acquisitions.

Most Likely: The Bank of England has cut its interest rates to historic lows but is now contemplating a negative-rate policy. Additionally, the outlook for cash investors has worsened as the market expects inflation to pick up in the coming quarter. However, cash remains compelling for investors who are concerned about volatility remaining high. Money market funds will remain in demand for their liquidity features.

Worst Case: Although investors only expect the Bank of England to discuss negative rates, a move to negative rates can happen and penalise savings accounts. The return from money market funds will
turn negative, forcing investors into less liquid and riskier assets.

Best Case: If inflation rises above expectations, the Bank of England may maintain interest rates at current levels and contemplate an increase in rates over the coming year. It is also likely that the interest rate curve will steepen, which would slightly improve the return from money market funds, as managers can lock higher rates at longer maturity dates.

Most Likely: If expectations for higher inflation persist in the shortterm, the market could continue to reward economically sensitive companies, many of which have been losers of the pandemic, over expensive technology companies that have benefited from the pandemic. If so, we could see Japan and Europe, which are more cyclically exposed, outperform the tech-heavy US market.

Worst Case: US earnings expectations have grown increasingly optimistic so any disappointment could be an unwelcome negative surprise. Even if companies beat forecasts, expectations for higher interest rates may continue to weigh on sentiment. Reintroduction of lockdown in Europe is fuelling concerns over another disappointing summer tourism season if vaccinations aren’t rolled out fast enough.

Best Case: The European Central Bank maintains its support for markets and pledges to step up asset purchases, providing some relief for European equities. The Bank of Japan encourages banks to lend
more by allowing them to charge higher interest rates, which in turn could improve banks’ profitability. The Bank of Japan will also stop buying tech-heavy Nikkei 225 ETFs, in favour of the more balanced TOPIX, providing another tailwind to the cyclical rotation.

Most Likely: Although there may be some challenges on the horizon, projected vaccine roll-outs point to a broad economic recovery within emerging markets. We could also see a sustained period of US dollar weakness, which would be beneficial for emerging market balance sheets, capital flows and economic growth – this should result in strong equity performance within the region.

Worst Case: Multiple mutations of Covid-19 prompt suspicions over vaccine efficacy and risk slowing economic recovery. Signs that the US Federal Reserve could bring forward plans to raise interest rates could make for a challenging year in emerging markets, as a hawkish tilt from the Fed would provide support for the US dollar and hurt EM currencies, exports, balance sheets and future growth expectations.

Best Case: Successful vaccination programs will reduce uncertainty and support a broad-based economic recovery across emerging market economies. More certainty is correlated to a weakening US dollar as it is considered a ‘safe haven’. Due to this relationship, smooth vaccine rollouts globally, coupled with the Federal Reserve maintaining a dovish tone, will provide strong downward pressure on the US dollar, providing a healthy environment for economic growth in emerging markets.

Most Likely: The Bank of England’s March decision to maintain the current pace of government bond purchases helps ease the upward pressure on yields resulting from any private investor sales. Meanwhile continued improvement in the global economic outlook creates a strong environment for corporate bond markets, but with borrowing costs at already historic lows, investment returns from price appreciation are limited.

Worst Case: Inflation rises beyond the Bank of England’s 2 per cent target in early spring, which convinces many that higher inflation is here to stay. Despite the bank’s insistence that interest rates will not be hiked until full employment is reached, investors are increasingly sceptical of its signalling, which pushes government bond yields higher.

Most Likely: Even if the global economy recovers strongly, it is expected that real estate will lag other risk assets. Current market trends are expected to continue, with high quality offices and data centres continuing to outperform physical retail and leisure industry assets. Although the government has extended the stamp duty holiday for a further three months, the UK property market will be shaken by this change in the tax regime.

Worst Case: Despite developed countries rolling out their vaccination programmes, developed economies are not expected to strongly recover as restrictions remain in place. The outlook for real estate remains highly uncertain, with property companies in need of additional capital.

Best Case: The new approach to containing the coronavirus proves effective at vaccinating the vulnerable whilst letting most of the working population to continue to move freely. A surge in inflation would also help house prices to surge.

The start of 2022 has seen increased volatility in financial markets. This article outlines some of the reasons why, and what the future might hold.

On the 19th December 2020, despite an incredible number of COVID restrictions and being told at the wedding breakfast that we were going into Tier 4, we still managed to tie the knot!

Get in touch today

Call us, email, drop in, or fill in the form so that one of our expert advisers can be in touch.

We look forward to hearing from you and being your financial partner.